The Rising Sun of China: Is This the Roadmap Towards World War III?—Find Out in the Thrilling WWIII Novel Spiritus Mundi by Robert Sheppard!

Posted on December 26, 2012 by robertalexandersheppard 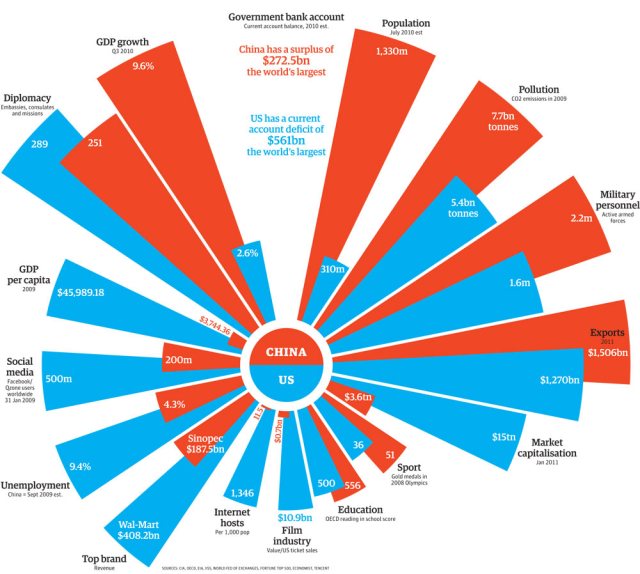 THE RISING SUN OF A RISING CHINA:   IS THIS A ROADMAP TO WORLD WAR III?

Is the world headed for World War III in the context of the Rise of China and the still unresolved World Economic Crisis paralyzing the United States and the West?  Find out by reading Spiritus Mundi, the United Nations Parliamentary Assembly and World War III Novel by Robert Sheppard by following the links below.  The spellbinding World War III Scenario in Spiritus Mundi places the world squarely at the crossroads between the breakdown of the old world order into the threatened Armageddon of WWIII or the alternative pathway of the upward evolution of a new world order epitomized by the creation of a United Nations Parliamentary Assembly.

Listen now to Author Robert Sheppard’s  recent Online BlogTalkRadio Interview on the prospects for  WWIII with Dr. Robert Rose, recorded on Dec 7. the Anniversary of the 1941 Sneak Attack on the US of another Asian Rising Power, Japan, by following this link:

or follow these links to read excerpts from Spiritus Mundi on this and multiple other topics:

For Introduction and Overview of the Novel: https://spiritusmundinovel.wordpress.com/

For Updates on the Upcoming Movie Version of the Novel, Spiritus Mundi & Casting of Actors and Actresses for Leading Roles See: https://robertalexandersheppard.wordpress.com/

To Read a Sample Chapter from Spiritus Mundi: https://spiritusmundisamplechapters.wordpress.com/

To Read Sexual Excerpts from Spiritus Mundi: The Varieties of Sexul Experience: https://spiritusmundivarietiesofsexualexperience.wordpress.com/

To Read Spiritual and Religious Excerpts from Spiritus Mundi: https://spiritusmundionspiritualityandreligion.wordpress.com/

To Read about the Global Campaign for a United Nations Parliamentary Assembly in Spiritus Mundi: https://spiritusmundiunitednationsparliamentaryassembly.wordpress.com/

To Read Poetry from Spiritus Mundi：https://spiritusmundipoetry.wordpress.com/

For Discussions on World Literature and Literary Criticism in Spiritus Mundi: http://worldliteratureandliterarycriticism.wordpress.com/

For Discussions of World History and World Civilization in Spiritus Mundi: https://worldhistoryandcivilizationspiritusmundi.wordpress.com/

To Read the Blog of Eva Strong from Spiritus Mundi: https://evasblogfromspiritusmundi.wordpress.com/

To Read the Blog of Andreas Sarkozy from Spiritus Mundi: http://andreasblogfromspiritusmundi.wordpress.com/

To Read the Blog of Yoriko Oe from Spiritus Mundi: http://yorikosblogfromspiritusmundi.wordpress.com/

To Read the Blog of Robert Sartorius from Spiritus Mundi: http://sartoriusblogfromspiritusmundi.wordpress.com/

“Read Robert Sheppard’s sprawling, supple novel, Spiritus Mundi, an epic story of global intrigue and sexual and spiritual revelation. Compelling characters, wisdom, insight, and beautiful depictions of locations all over the world will power you through the book. You’ll exit wishing the story lines would go on and on.” May 13, 2012

“Robert Sheppard’s novel, “Spiritus Mundi,” has everything. “Spiritus Mundi” is Latin, meaning “spirit” or “soul of the world.” According to the Norton Anthology of English Literature, the phrase refers to “the spirit or soul of the universe” with which all individual souls are connected through the “Great Memory.” This amazing novel is all inclusive and unceasingly riveting. If you are interested in politics, philosophy, human relationships, sex, intrigue, betrayal, poetry and even philosophy — buy and read “Spiritus Mundi”!”November 18, 2012

“Robert Sheppard’s new novel “Spiritus Mundi” is a new twist on a well-loved genre. Robert leaves no stone unturned in this compelling page turner you’ll experience mystery, suspense, thrills, and excitement. Robert touches on sexuality and spirituality in such a way that the reader is compelled to ask themselves “what would you do if faced with these trials?” Robert is a master at taking the reader out of their own lives and into the world he created. If you’re looking for a “can’t put down” read pick up Spiritus Mundi!” May 20, 2012

“Longing for a thrilling experience of the sexual and spiritual world? Expecting a thorough summoning of your inner heart? Aspiring to find an extraordinary voice to enlighten your understanding heart? Then you can’t miss this extraordinary novel, Spiritus Mundi by Robert Sheppard. The author will spirit you into a exciting world filled with fantasy, myth, conflicts and wisdom from a fresh perspective. Don’t hesitate, just turn to the 1st page and start out enjoying this marvellous journey.”November 17, 2012

——————————————————————————
“Robert Sheppard’s Spiritus Mundi is a literary novel for those with an extensive vocabulary, and who believe how you tell a story is as important as what occurs in it. It is as current as today’s headlines.

“Robert Sheppard’s exciting new novel, Spiritus Mundi, is an unforgettable read and epic journey of high adventure and self-discovery across the scarred landscape of the modern world and into the mysteries beyond. Its compelling saga reveals the sexual and spiritual lives of struggling global protesters and idealists overcoming despair, nuclear terrorism, espionage and a threatened World War III to bring the world together from the brink of destruction with a revolutionary United Nations Parliamentary Assembly and spiritual rebirth. This modern epic is a must read and compelling vision of the future for all Citizens of the Modern World and a beacon of hope pointing us all towards a better world struggling against all odds to be born.” May 19, 2012

Lara Biyuts, Reviewer and Blogger at Goodreads.com and Revue Blanche

“Robert Sheppard’s “Spiritus Mundi” is a book of major importance and depth. A must read for any thinking, compassionate human being living in these perilous times. I highly recommend this powerful testament of the current course of our so-called life on his planet. April 25, 2012

“This new novel ‘Spiritus Mundi’ brings together history, politics, future society, and blends with a plausible World War Three scenario. I have read it and find it over the top fascinating. I am very glad to see Robert share his creativity with the world through this work of fiction, and know it will be a huge hit.” April 28, 2012

“Robert Sheppard is an exceptional thinker! His work should be read and made the subject of critical study.”May 26, 2012

“This novel rocks the reader with its supple strength. You want to say “No, No,” and you end up saying, “Maybe.” Political science fiction at its highest, most memorable level.”November 17, 2012

“Robert Sheppard’s Novel Spiritus Mundi confronts politics and philosophies of the world. He’s examined multiple layers of personality in his characters; male, female, Chinese, Arab, English, and American melding them into a story of possible outcomes. How else can I convey the intelligent presentation of fiction woven with sensitivity to our world’s governments, religious influences and sectarian principles? We must not forget the influence of a largely secular world. Robert tirelessly checked, rechecked and triple checked his resources in order to bring a fiction of occurrence, and psychological impact as set forth in his novel Spiritus Mundi.”November 18, 2012

“Robert was one of my best guests. His novel is as wide ranging as are his interests and expertise. He can explain his various ideas with great clarity and he does this with compassion. Novel is worthwhile reading.”November 18, 2012

Robert Sheppard , Author, Poet & Novelist Pushcart Prize fof Literature 2014 Nominee Professor of World and Comparative Literature Professor of International Law Senior Associate, Committee for a Democratic United Nations (KDUN) E-mail: rsheppard99_2000@yahoo.com Robert Sheppard is the author of the acclaimed dual novel Spiritus Mundi, nominated for the prestigious 2014 Pushcart Prize for Literature in two parts, Spiritus Mundi the Novel, Book I and Spiritus Mundi the Romance, Book II. The acclaimed “global novel” features espionage-terror-political-religious-thriller action criss-crossing the contemporary world involving MI6, the CIA and Chinese MSS Intelligence as well as a "People Power" campaign to establish a United Nations Parliamentary Assembly on the model of the European Parliament, with action moving from Beijing to London to Washington, Mexico City and Jerusalem while presenting a vast panorama of the contemporary international world, including compelling action and surreal adventures. It also contains the unfolding sexual, romantic and family relationships of many of its principal and secondary characters, and a significant dimension of spiritual searching through "The Varieties of Religious Experience." It contains also significant discussions of World Literature, including Chinese, Indian, Western and American literature, and like Joyce's Ulysses, it incorposates a vast array of stylistic approaches as the story unfolds. Dr. Sheppard presently serves as a Professor of International Law and World Literature at Peking University, Northeastern University and the State Intellectual Property Office (SIPO) of China, and has previously served as a Professor of International Law and MBA professor at Tsinghua University, Renmin People’s University, the China University of Politics and Law and at the Law Institute of the Chinese Academy of Social Sciences (CASS) in Beijing, China. Having studied Law, Comparative Literature and politics at the University of California, Berkeley (Ph. D.Program in Comparative Literature), Northridge, Tübingen, Heidelberg, the People’s College and San Francisco, (BA, MA, JD), he additionally has been active as professor of International Trade, Private International Law, and Public International Law from 1993 to 1998 at Xiamen University, Beijing Foreign Studies University, the Chinese Academy of Social Sciences Graduate School (CASS), and the China University of Political Science and Law in Beijing. In the US he serves as a Professor at Kean University, as well as having taught at Bergen Community College and Pillar College in NJ. Since 2000 he has served as a Senior Consultant to the United Nations Industrial Development Organization (UNIDO) in Beijing and has authored numerous papers on the democratic reform of the United Nations system.
View all posts by robertalexandersheppard →
This entry was posted in Best New World War Three Novels, Campaign for a United Nations Parliamentary Assembly, China vs America, China vs America Chart, China vs USA, China vs USA Chart, China vs USA Graph, Chinese Power vs American Power Chart, Decline of America, Decline of the USA, Decline of the West, Espionage Novels, Robert Sheppard, Spiritus Mundi Novel by Robert Sheppard, Spy Novels, Uncategorized, United Nations Parliamentary Assembly, War Novels, World Peace, World War III, World War Three and tagged Decline of the West, Uncategorized, United Nations Parliamentary Assembly, War Novels. Bookmark the permalink.

1 Response to The Rising Sun of China: Is This the Roadmap Towards World War III?—Find Out in the Thrilling WWIII Novel Spiritus Mundi by Robert Sheppard!