We, the Children of Cats by Tomoyuki Hoshino | World Literature Today

Posted on May 6, 2013 by robertalexandersheppard 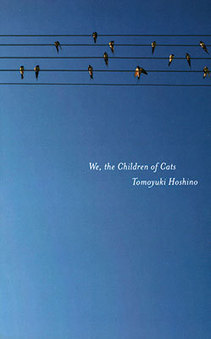 World Literature Forum invites you to Check Out "We, The Children of Cats" by Japanese winner of the the 2011 Ōe Kenzaburō Literary Award Tomoyuki Hoshino. This collection of related short stories explores climate change, authoritarianism and the culture of fear, Japanese majoritarian pressures to conform and the cult of suicide amoung young Japanese. The story "Chino" tells a tale of globalization and crisis in national identity as the protagonist flees to a small Latin American nation to "eradicate all Japaneseness" from his being. Hoshino focuses on the pre-doomed nature of such quests for modern transformation, including sex-changes and body modificaitons, linked to the flawed role of literature and of the reader: "writing fiction is an art that wavers, like a heat shimmer, between joy at the prospect of becoming something else and despair at knowing that such a transformation is ultimately impossible……….." Check it Out!—–Robert Sheppard, Editor-in-Chief