Posted on May 6, 2013 by robertalexandersheppard 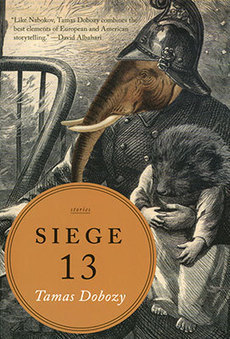 World Literature Forum invites you to Check Out "Seige 13" by Hungarian writer Tamas Dobozy—–These tales of the horrors of the Russian seige of Budapest in 1944-5, including "The Animals at the Budapest Zoo," a saga of the futile attempts of the zookeepers to keep themselves and the animals alive in the desperate conditions of war, are so shocking the question is forced to be raised as to whether any of the survivors deserve to have a future.—-Check it Out!—Robert Sheppard, Editor-in-Chief