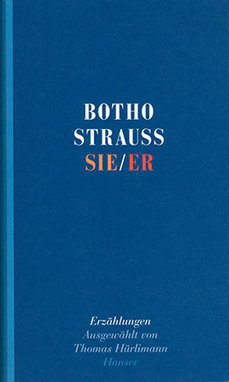 World Literature Forum recommends you check out the works of Botho Strauss, a leading German writer and keen observer of the dilemmas of alienation and failing communication in modern society. His recent collection of short stories "Sie/Er" or "She/He" demonstrates the power of his observation and feeling.